The carinata hybrids are being noticed by their towering presence at all the SPARC locations this year. We are looking forward to harvest in a couple weeks to see how they performed as compared to the current commercial carinata line. We saw some dramatic freezes in the region but we also saw equally dramatic recoveries. It is not a surprise then that carinata was once referred to as the “Lazarus” crop.

Meanwhile in other news, more than 350 M gallons per year sustainable aviation fuel (SAF) offtake agreements with various airlines such as United Airlines and others, SPARC advisory Chair and Executive Director of CAAFI, Steve Csonka provides a powerful testimony on the research and status of SAF to the House subcommittee for Space and Aeronautics, and Nuseed partners with agricultural service provider Cazenave to expand carinata acreage in Argentina as part of their South America commercial program. These are just a few examples of national and international developments that emphasize the timeliness and relevance of SPARC research, Extension, outreach, and education. Join us July 20-22nd for the Carinata Biomaterials Summit (open with registration) and SPARC Annual Meeting (members only) as we continue to reflect on these developments and chalk out a roadmap for SPARC, 2022 and beyond, to meet the challenges of 2050 and beyond!

Is jet fuel from carinata seeds economically and environmentally feasible?

The aviation sector emits 2.5% of all annual carbon dioxide emitted globally. Since aviation activity is likely to increase by about 20% by 2050, it is crucial to reduce carbon dioxide emission from the aviation sector not only to combat the adverse impacts of climate change but also to maintain the competitiveness of the sector. The United States consumed 26.72 billion gallons of jet fuel in 2019, i.e., about 18% of the total jet fuel consumed worldwide. Replacing conventional jet fuel with sustainable aviation fuel (SAF) can be an effective strategy to reduce the overall national carbon dioxide emission. SAF can come from oilseeds such as carinata, camelina, soybean, and canola. As a non-food oilseed with higher oil content, larger seed size, non-competing with food and fiber crops, carinata is preferred over other oilseed crops. However, it is important to quantify carbon savings achieved by replacing conventional jet fuel with carinata-based SAF and assess its economic feasibility relative to conventional jet fuel.

In SPARC, we performed a techno-economic analysis to estimate the break-even price and carbon emissions for producing SAF from carinata in the Southeast United States. In our analysis we estimated costs and carbon dioxide emission at each step starting from seed production on the farm, to transportation to the crush facility, crushing to extract oil, moving oil to the refinery, SAF production, and finally transporting SAF to the airport for consumption. While conventional aviation gasoline costs about $1.89/gallon, the break-even price of SAF from carinata was between $3.18 and $5/gallon, depending on the range of input costs. However, we need to consider other important financial aspects for estimating the break-even price of SAF. During the production process of SAF from seed to fuel, various high value fuel co-products, renewable diesel, propane, and naphtha are generated. High protein animal feed from the seed meal after oil extraction is another high value product from the crush process. Even if minimum credits for these co-products are applied, the break-even price goes down to $2.76/gallon. If future markets for these co-products bring in higher prices, the price can be as low as -$0.68/gallon, which indicates overall profit for the carinata based SAF supply chain. Additionally, there is Renewable Identification Number (RIN) credit available for SAF, which can range from $0.05 to $2/credit generated. When RIN credit is applied, the break-even price can range from -$4.5 to $2.64/gallon without accounting for co-product credits.

When all the carbon emissions along he supply chain from seed to fuel end-use were tallied, the total carbon emission was 7.74 pounds of carbon dioxide per gallon of jet fuel. This estimate indicates SAF from carinata seeds provides 65% carbon savings compared to conventional aviation gasoline. Accounting for changes in emissions from inputs and activities based on historical estimates, we observed that relative greenhouse gas savings could range from 61% to 67%. Cost and/or greenhouse gas reduction through technological innovation at the refinery phase can be one of the most effective strategies to further improve the sustainability of SAF.

Carinata-based SAF can significantly reduce the carbon footprint of the aviation sector in the United States. Identifying novel co-products and markets, and generous policy support will ensure the cost competitiveness and greater adoption of this fuel. These efforts are part of the ongoing mission of SPARC and its partners. 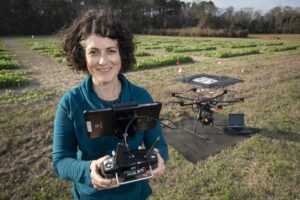 Her research career started in plant medicine and disease epidemiology and has since evolved into a combination of conventional plant pathology and technology development for “Smart” agriculture. Rebecca is passionate about taking a systems level approach to plant disease management. This passion has drawn her to cross boundaries of traditional basic science to applied engineering in order to devise and implement decision support tools on farms. She has both sustainability and farmer success in mind when she conceptualizes and troubleshoots these technologies. She is an expert in her program in the area of installing and maintaining wireless sensor network to monitor field environmental conditions as they influence plant growth and disease development. She is a licensed drone pilot and has spearheaded several remote sensing and imaging related projects within her program. Her professional goal is to continue to pursue research in plant disease epidemiology to understand how pathogens move over time and space. Her other interests include plant-microbial systems modelling and developing sensor tools and analytical methods to aid these studies.

In SPARC, Rebecca is primarily involved in understanding the yield loss potential of certain fungal diseases such as stem rot and leaf spot in carinata. With her multi-year study she hopes to understand the differential susceptibility of various carinata cultivars to these diseases as well as develop a fungicide spray model to optimize time and feasibility of spray during the carinata growing season. She also monitors and rates new carinata hybrids for disease resistance or susceptibility as SPARC identifies the best carinata lines for the Southern US.

Rebecca is from Springdale, Arkansas. She enjoys long nature walks, reading science literature and science fiction. She enjoys playing with her furry companions and dabbles in art when time permits. 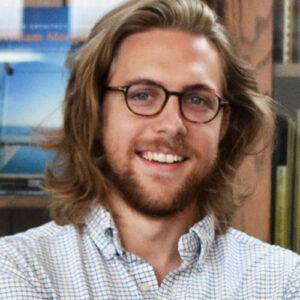 DylanRigsby is a social science researcher and Extension associate for the SPARC project, working with Dr. Wendy-Lin Bartels. He has a bachelor’s degree in English and a master’s degree in Sustainable Development Practice. Shortly after receiving his bachelor’s degree, he moved to Costa Rica as an English language instructor in a village called Bella Vista de Boruca. Upon returning to the states, he worked as a farm hand at Frog Song Organics in Hawthorne, FL. While there, he helped with harvesting, packing and processing produce, feeding livestock, managing markets and other activities for the 60-acre organic operation. He also worked with migrant farm workers at Frog Song organics to teach them English in a non-traditional classroom setting. He developed audience appropriate content and sharpened his skills in graphic designing and website development. He had a couple of stints with the University of Florida Division of Enrollment Management Communications where he worked with a team to reorganize and redesign website within UF to align with UF’s new branding initiative. In the summer of 2018, Dylan moved to Guatemala where he worked with several stakeholders to examine local perceptions of climate change among coffee farmers and evaluated climate-smart agricultural practices with Extension professionals.

Given his varied training and experience, Dylan brings a wide and enviable spectrum of skills to SPARC in his roles as social science researcher and Extension and outreach content developer. He has developed fact sheets outlining the approach, results, and insights from the on-going social science research. He has been working with several SPARC researchers documenting the growth of carinata on film to develop “How-to” videos to sensitize and educate growers and other stakeholders about adopting carinata.

Dylan was born in Tampa, FL. When not working, Dylan spends time with his partner, Akemi, and their dog, Goku. Dylan is an avid cook and is currently experimenting with fermenting plant-based cheeses. He enjoys old films and home videos, exploring the mysteries of synthesis, occasional doodling, and hopes to get back into boxing soon.

All events will be virtual 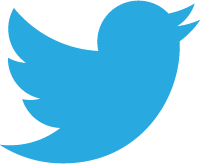 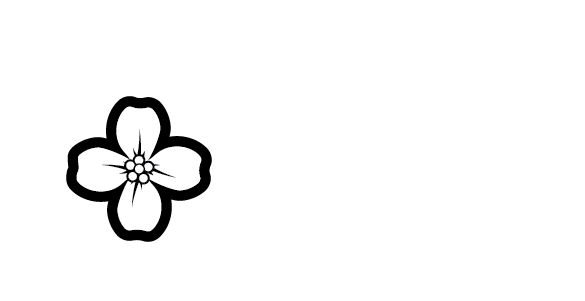